It began with a vision

Come enjoy her beauty & dream of her rich past!
At the time Oak Alley was built, the River Region sugar industry was flourishing, and a chain of stately plantations and their homes lined the banks of the Mississippi. Too many of these plantation homes since have been devoured by the passage of time, exposure to the elements and mankind's struggle to move on, but Oak Alley remains as a testimonial to a bygone era. There is a simple authenticity about her grandeur that reassures and frees the mind to contemplate and appreciate all facets of her existence. She offers the enchantment of one way of life without compromising the significance of another. Here indeed is something for everyone.

Her restoration in 1925 by Mr. and Mrs. Andrew Stewart was carefully planned so that the inclusion of modern plumbing and kitchen facilities would conform to the original architectural format. In restoring something of beauty one assumes the responsibility of resisting the temptation to add little “improvements”.   Adaptive restoration is somewhat more permissive, but at no time should it lose sight of the importance of preserving the very essence of the original.   Inasmuch as the success of such a venture tends to be measured more by the lack of fundamental architectural changes rather than by the quantity, no matter how ingenious they might be, it is interesting to note that the Stewarts' efforts at Oak Alley resulted in what many architects regard as the finest remaining example of adaptive restoration.

Before her death in 1972, Josephine Armstrong Stewart created the Oak Alley Foundation, a 501(c)(3) non-profit, charitable, literary, educational trust, so that, through the love and support of those who value a region’s link to the past, the mansion and 25 acres of grounds would endure.

When Josephine Armstrong Stewart created the non-profit foundation in 1966, she could have never envisioned what would have come of the legacy she was going to leave behind.  She entrusted her family to carry on the Foundation's mission and they did. When Zeb Mayhew, Jr., Josephine Stewart's great-nephew, came to the plantation, he brought visions from his own past into future plans for Oak Alley. As a boy growing up in New England, he had spent many vacations at the plantation with his Aunt Josephine, and in New Orleans with his Grandmother Julia, and considered Louisiana his second home.

He chose Tulane University as his alma mater and, upon graduation, put down permanent roots on the banks of The Mississippi River. In July of 1976, when the opportunity arose to take over the reins of Oak Alley Foundation, he jumped at it and became the Administrative Director.

The challenge was enormous, operational funds minimal, and a great deal of work was required to preserve the house, grounds and out buildings. There was no doubt of the plantation's historic value, but with no endowment the whole undertaking had to start from square one!

Undaunted, Zeb dug in, working one day at a time. In addition to the Foundation's 25 acres accommodating the antebellum manor and an office building, the remaining 1000 plus sugar plantation acreage had been willed by Mrs. Stewart to seven of her great-nieces and nephews, including Zeb.

The responsibility of supervising this legacy also fell to Zeb, and his efforts at successfully managing one entity without compromising the integrity of the other are clearly manifest in the self-maintaining, well organized Oak Alley Plantation of today.

Even more of the dream was realized in 1998 when Zeb became the sole owner of all but the Foundation's historic 25 acres, the antebellum manor and stately grounds. The door was finally opened upon a breathtaking future full of possibilities and endless opportunities for visitors to Louisiana's River Region to share her golden past while experiencing the enjoyment of her many faceted present.

To learn more about the Oak Alley Foundation, click here. 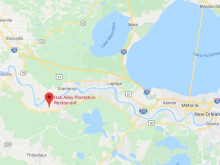 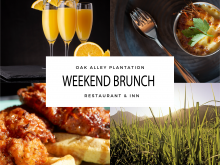